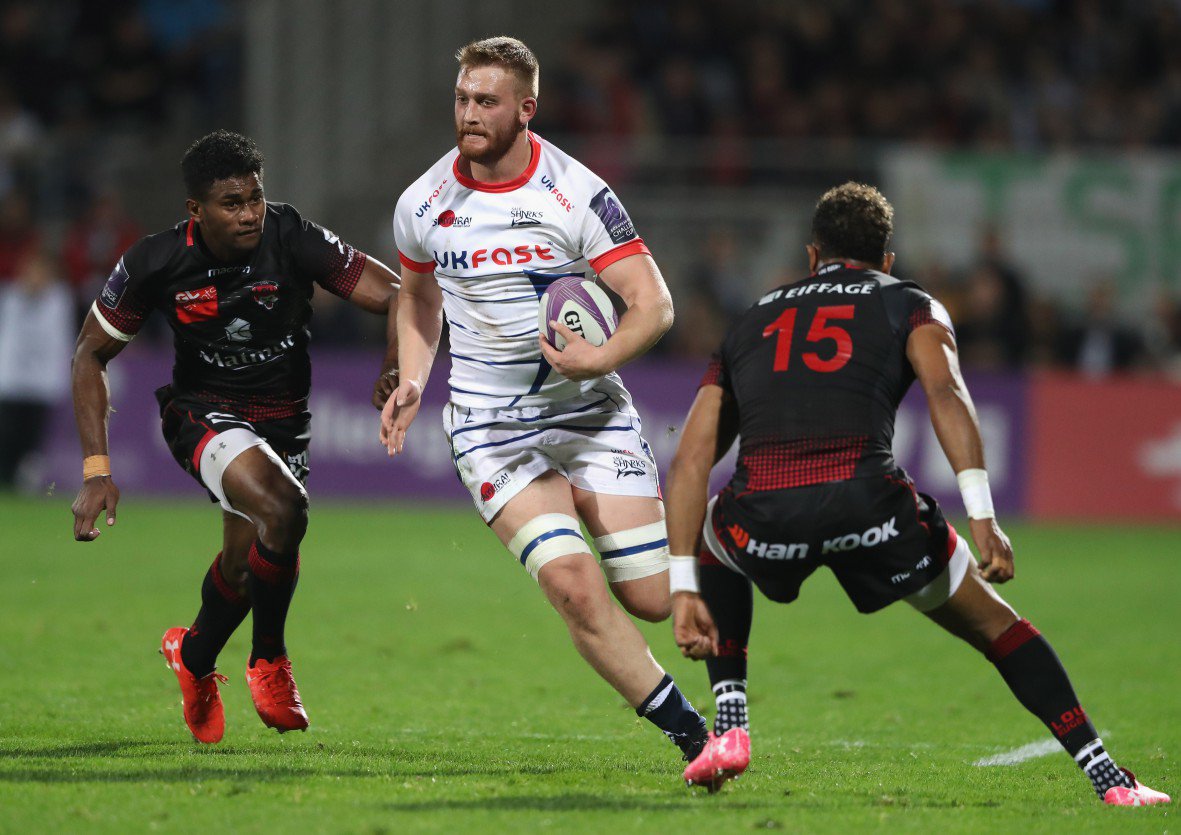 The likes of backs Harry Simmons, Charlie Thacker, Jordan Olowofela, Tom Hardwick and Ben White have all stood up to be counted in this season’s Anglo-Welsh Cup games – and up-and-coming forwards such as Fred Tuilagi, Sam Lewis and Tommy Reffell have also given more than a glimpse of what they are about.

At 25, Holmes is almost a seasoned professional in comparison to some of the players that have lined up alongside him in the last fortnight, although the former Yorkshire Carnegie man is still very much developing his skills at Welford Road after stepping up from the Championship.

Holmes crossed for a brace of tries in the defeat at Bath last Friday and was also on the scoresheet the week before in the win over Gloucester, showing why head coach Matt O’Connor wanted to bring him to Leicester this summer.

“There was some really slick play,” said Holmes.

“As soon as the season kicks on, more boys get more game-time and play together for longer, and you start to know how each other plays. You can see that coming out.

“There are some great young players here and they have got huge futures ahead of them.

Heading to the Rec, Holmes, who is part of a strong unit of wingers at Welford Road, said the players on show had to ensure that they put everything into their game.

Holmes was born in Stockport, England, but played junior rugby for London Scottish until the age of 16 but then left to only play with his school St. Benedict’s School, Ealing where he was considered a star in the making.

Holmes initially played scrum half but during a loan spell with Henley Hawks, he switched to the back three, playing wing and full back.