French football giant Paris St. Germain qualified for the round of 16 at the ongoing UEFA Champions League tournament. 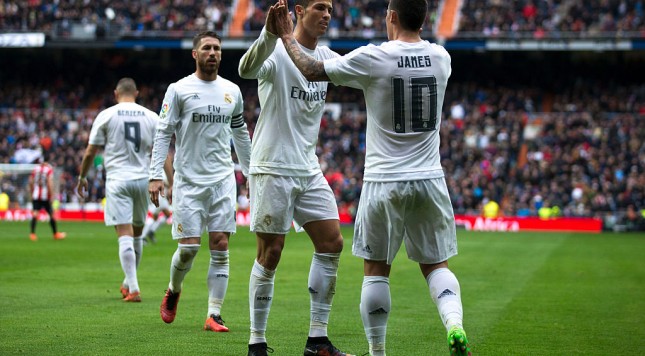 They joined La Liga side Atletico Madrid, German champions Bayern Munich, and Group A log leaders, Arsenal in making the final 16 with two games to go.

Thomas Meunier got a late winner for the French side as they defeated Basel 2-1 in a hard-fought encounter. French star Blaise Matuidi got the game’s opener in before Luca Zuffi equalized for the hosts. At a point, it seemed as if both sides would share the spoils before Meunier’s late winner. The victory meant PSG were through to the next stage with games to go. Basel goalkeeper Tomas Vaclik tried his best to stop the visitors from getting a victory but he could not stop the 90th minute volley. Basel put up a spirited contest despite Serey Die being sent off after picking up two yellow cards. PSG and Arsenal are the two sides to continue from the group.

In other games, Antoine Griezmann grabbed a brace as Atletico Madrid defeated FK Rostov 2-1 at the Vincente Calderon stadium. After the opening goal by the Euro 2016 star, Iran international Sardar Azmoun got the equalizer immediately. The French international added a winner later to seal their qualification.

Bayern Munich came from behind to win PSV Eindhoven 2-1. Robert Lewandowski was the man behind both goals. PSV were sent to battle for a spot in the Europa League with the loss. The German champions join Atletico in the final 16.

Napoli and Besiktas played a 1-1 draw. Euro 2016 winner, Ricardo Quaresma, scored a penalty for the Turkish giant. However, Marek Hamsik scored only four minutes later. Napoli also got their revenge after losing 3-2 a fortnight ago. They remain group leaders with Besiktas closely behind.